The Levin Center for Oversight and Democracy was established in 2015 to carry on the legislative oversight legacy and vision of Senator Carl Levin, Michigan’s longest serving Senator. Meet our founder, team, and leadership on these pages.

Senator Carl Levin, who represented Michigan in the U.S. Senate for 36 years, was a lifelong Detroiter and former President of the Detroit City Council. Senator Levin went to Washington to ensure a compassionate and effective federal government after witnessing mismanagement and its detrimental effects on Detroit by the Department of Housing and Urban Development in the 1970’s. During his time in the Senate, he developed a keen interest in making government accountable and responsible to its people through in-depth, fact-based, bipartisan legislative oversight and strong ethics laws.

Learn more about the Center

Upon Senator Levin’s retirement in January 2015, Wayne State University and Wayne Law along with supporters, friends, and former staff established the Levin Center at Wayne Law.

News at the Levin Center

Find out about our most recent news, sign up to our newsletter, or check our news archive! 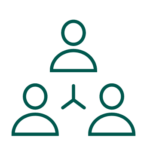 Meet our team members in Detroit and Washington, D.C., as well as our Fellows from research institutions across the country. 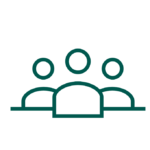 Our Advisory Board provides counsel and advice on strategic and long-term decisions of the Levin Center and supports our outreach efforts. 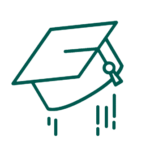 The Levin Center benefits from the advice and guidance of its Faculty Advisory Committee composed of Wayne Law faculty members as well as students.

The Levin Center’s mission is to strengthen the integrity, transparency, and accountability of public and private institutions through the promotion and support of bipartisan, fact-based legislative oversight; to advance good governance, particularly with respect to the legislative process; and to promote civil discourse on current issues of public policy.

The Levin Center is part of Wayne State University Law School based in Detroit, MI. To find out more about Wayne Law, visit our home institution’s pages!

We thank our partners for supporting our work!